Alumni Focus: My Journey–Receiving the Gift of Life 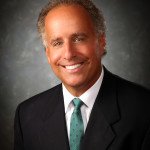 “I don’t like what I am seeing in your blood work.” These are definitely not the words you want to hear from your doctor at your annual physical! It was those words, however, that began a journey that has led to life.

It was determined that I had a kidney disease called IGA Nephropathy, which ultimately stops your kidneys from functioning correctly. In approximately 20% of cases it leads to renal failure, which was the kind I had. So, over the next 6 years, each blood test showed a decrease in kidney function until May of 2012 when I was told that a kidney transplant was in my future.

Generally a kidney transplant comes from a deceased donor. In Michigan, the wait is 4-5 years, and that road is not pleasant. The need was shared in our church in January of 2013 and I was overwhelmed by the many people who called to be tested to be a living donor. God was leading a man in my choir on another journey. His daughter-in-law’s father had passed away and many of his organs had been harvested. One day, the daughter-in-law had the opportunity to listen to her own dad’s heart beating in the chest of another man. Mike, the man from my choir, was so moved by this that he said that if he ever had an opportunity to give life as a donor he would do it. After testing, Mike was a match!

In preparation for the transplant, the surgeon noticed a cyst on my right kidney which was possibly cancerous. Although kidneys are not typically removed for a transplant (the new kidney is just added in a new location,) on May 29th of this year, I had my right kidney removed for the cyst to be biopsied. It turned out that there was no cancer yet I now would be on dialysis 3 times a week for the next 6 weeks until the transplant surgery on Monday, July 15th.

I am writing this the day I arrived home from the hospital. Although a tad sore, everything is going well, and as a result of Mike’s gift of life, I now have life. I’ve always used Romans 12:1 as a definition of worship, and, through my studies at IWS, that definition has grown deeper. However, I have experienced firsthand a man carrying out this verse in such an amazing way. Therefore I urge you, brethren, by the mercies of God, to present your bodies a living and holy sacrifice, acceptable to God, which is your spiritual service of worship.

Gary Matthews serves as Pastor of Worship Arts at Christ Memorial Church in Holland, MI, a 3000-member congregation that is a member of the Reformed Church of America. He leads the 180-member Sanctuary Choir and 45-member orchestra, along with overseeing the Worship Arts ministry. A member of the Alpha class, the first graduating class of the DWS program, Gary says, “My work at IWS prepared me for what I bring to worship creation in both classic and contemporary worship.” Gary is instrumental in maintaining a network of local worship pastors and music directors for mutual encouragement and support. He also has a nationwide concert ministry with his brother, Ron Matthews.