Darrell Harris: What I Learned at the Movies

Show and tell. Tell and show.

The heavens are constantly telling the glory of God. The earth showcases his artwork. And the silver screen echoes that telling and showcasing eight days a week. 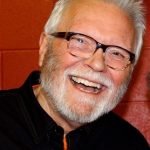 When you look to the silver screen and its repertoire you will no doubt find both moral and artistic drivel, and much that should be avoided at almost any cost. But it was Jesus who said, “It is not that which goes into a person that defiles them; but that which comes out from them.” What defiles originates in our own darkened hearts and then flows out in hurtful and false words, and hateful and deceitful acts. But back to the movies. As King Arthur said to King Pelinore in the musical Camelot: “One of what we all are, Pelly – less than a drop in the great blue motion of the sunlit sea. But it seems that some of the drops sparkle, Pelly. Some of them do sparkle!” Some films in the great ocean of theatrical releases do sparkle like droplets of water in the great blue motion of the sunlit sea. And some do reflect the glory and craftsmanship of the Maker and Redeemer of all. So much wisdom. So much truth. So much splendor. So many movies and so little time!

A LOVE AFFAIR WITH THE MOVIES