June 2014 Seminar: You Are What You Sing—Faith Formation through Congregational Song

Our June Worship Seminar, featuring Dr. C. Michael Hawn, will be held June 16-17, 2014 during the summer on-campus intensive of IWS. This event is open to the public, but requires registration. 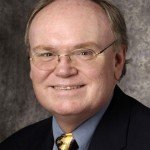 C. Michael Hawn is University Distinguished Professor of Church Music and Director of the Sacred Music Program in Perkins School of Theology, Southern Methodist University in Dallas. He is also a member of the IWS faculty. His areas of interest include congregational song, worship, children’s choirs, global music and cross-cultural worship. His research in over forty countries has resulted in several publications including Halle, Halle: We Sing the World Round (1999), Gather into One: Praying and Singing Globally (2003), One Bread, One Body: Exploring Cultural Diversity in Worship (2003), and New Songs of Celebration Render: Congregational Song in the Twenty-First Century (2013). Dr. Hawn holds the Doctor of Musical Arts and the Master of Church Music degrees from Southern Baptist Theological Seminary, Louisville, Kentucky. [Read more.]

Register now online or by mail.

You Are What You Sing:
Faith Formation through Congregational Song

A European pastor, lamenting the inadequacy of relevant congregational song in 1960 for his parish, said: “Tell me what you sing, and I’ll tell you who you are.” In the more than fifty years since this provocative statement, the Holy Spirit has guided the church to a whole new era of diversity and abundance of the people’s song. This seminar will explore the theological, musical, and liturgical implications of this song in seven streams. Rather than the inaccurate dichotomy of “contemporary” and “traditional” song, the Holy Spirit has provided a rich spectrum of song for the people. A focus will be on finding out where your congregation is on this spectrum and providing strategies for expanding the range of sung faith for your people, not only stylistically but also theologically. Another pastor in the United States said, “Each generation must add its stanza to the great hymn of the church.” Find out what our stanza looks like, what it says about our faith, and the role that singing might play in taking the church and its worship in new, spiritually formative directions.

Since the Second Vatican Council (1962-1965), Roman Catholics have been finding their voice. This voice is diverse ranging from folk and classical song to African American gospel and various Latino styles. Many of these songs may be found in most Protestant hymnals, adding vitality to liturgy. Some of the key names include David Haas, Michael Joncas, Marty Haugen, James Moore, Cesáreo Gabaréin, Omer Westendorf, Delores Dufner and many more.

These are the hymns that follow in the tradition of Isaac Watts and Charles Wesley. Their themes range from creation, ecology, mission of the church, social issues, to worship and the arts. Some of the most important names include Fred Pratt Green, Timothy Dudley Smith, Brian Wren, Carl Daw, Jr., Tom Troeger, Ruth Duck, Shirley Erena Murray, Mary Louise Bringle, and many more.

This session will explore the successors of Sydney Carter’s “Lord of the Dance” (1963). These songs use an acoustic musical idiom grounded in the folk and protest movements of the 1960s. The theological focus of these songs is on direct language, unvarnished frankness, a social consciousness, and a simple singability that allows everyone to participate.

The roots of CCM/CWM may be found in the Pentecostal movement that began with the Azusa Street Revival (1906) on the west coast. This session will explore the transformation of this song throughout the decades, the major theological themes, and the use of this song in worship.

The twenty-first century church is the recipient of songs from the world church—signs that the overseas mission efforts of the 18th, 19th, and 20th centuries have born much fruit. The former mission fields are sending their songs back to the church in the West. More than two-thirds of Christians now live outside North America and Europe. They have been singing our songs for nearly two centuries and now we have the opportunity to reciprocate by singing the songs of the world church.

This session will explore the theme of Creation throughout 800 years of congregational song. While God may not change, our understanding of God changes according to our understanding of how God works in our lives. Using the theology of Creation as an example, this session will trace the evolution of this important theme from St. Francis of Assisi and Isaac Watts through Chris Tomlin and Shirley Murray. This session will demonstrate how to use the breadth of the streams to broaden the sung faith of the church.

Make it a Spiritual Retreat

You are welcome to craft your own schedule to incorporate additional time on campus to take in chapel sessions, visit classes, read and research in the library, or spend time alone with God. You may plan to come early and stay through Wednesday if you’d like. Let us know how we can help.

Cost: $175 ($25 early registration discount applied before May 1)
Includes lunch on Monday and Tuesday

Register now online or by mail.

After you have registered, hotel and additional seminar information will be sent to your email address. Questions? Call the IWS office at 800. 282. 2977.

Copyright © 2023 The Institute For Worship Studies